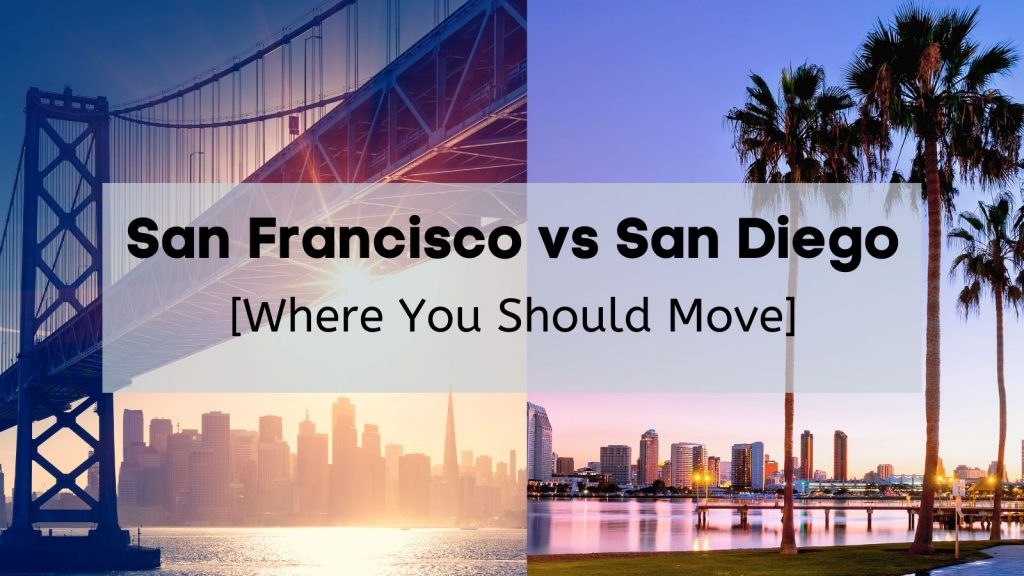 San Francisco vs San Diego | ⭐️🏄‍♀️ Comparison, Pros & Cons, Which City is Better for You?

Thinking about relocating to either San Francisco or San Diego? Located in completely different parts of the state, both are exceptional places to live in California. With pluses and minuses to residing in either city, knowing what each locale has to offer is paramount.

Situated in Northern California, San Francisco is known for being home of the iconic Golden Gate Bridge, Chinatown, the Full House house, cable cars, and a thriving arts and culture scene.

Shifting to Southern California — just 17 miles from the U.S./Mexico border — San Diego is a sunny coastal city. In comparison with San Francisco, the climate and surroundings are completely different. San Diego is most well-known for its art galleries, the San Diego Zoo, picturesque beaches, LEGOLAND California, and Balboa Park.

How do you choose between San Francisco vs San Diego? The best strategy is to compare and contrast the advantages and drawbacks of moving to both cities. Learn more about San Francisco and San Diego to help make the best choice for your upcoming relocation.

Pros & Cons of Living in San Francisco vs. San Diego 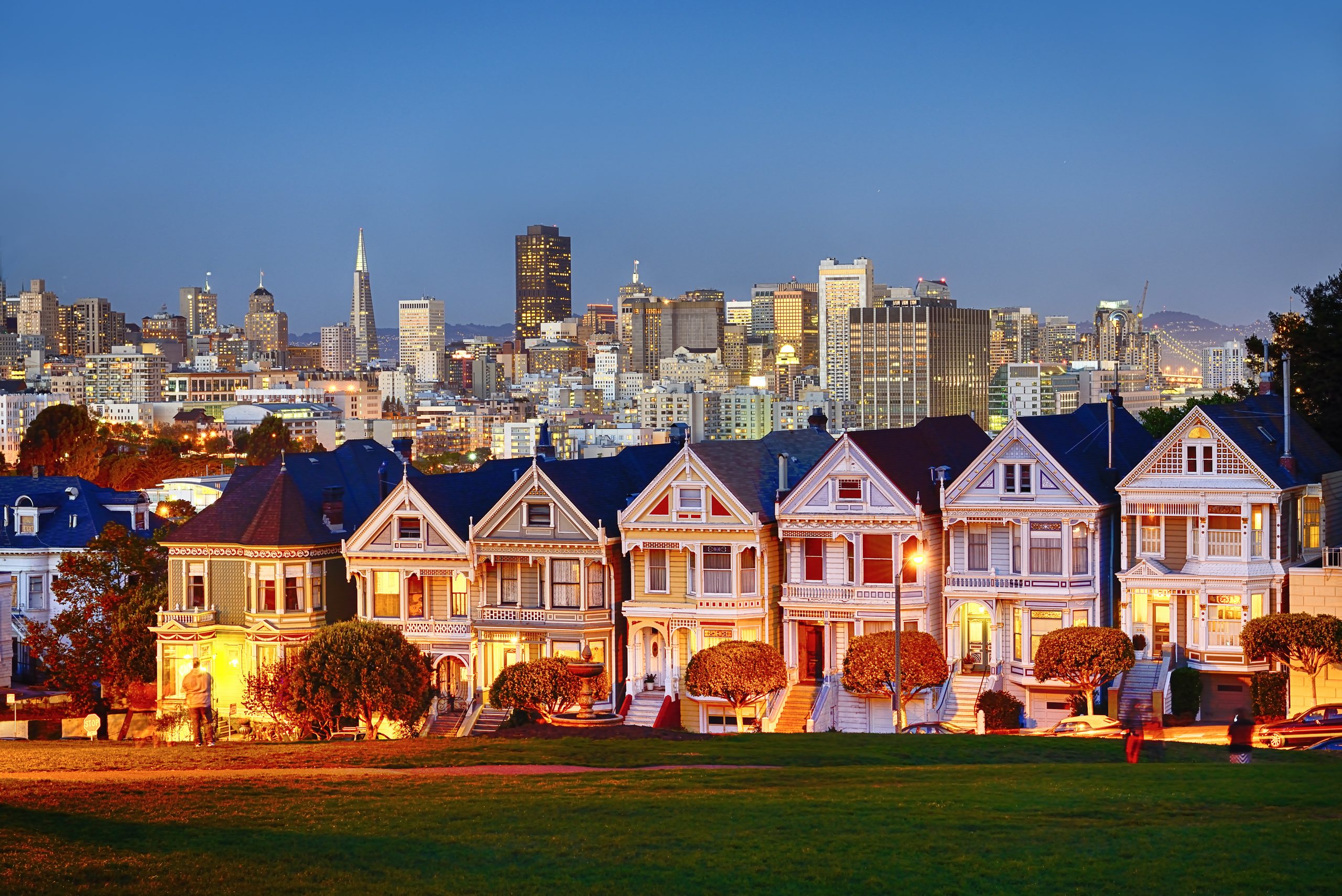 There are a myriad of perks and benefits for residents of San Francisco. From its exciting attractions to its gorgeous outdoor spaces, there is much to love about this city.

First up is a look at the city’s attractions. Across every neighborhood, you can easily find museums, beaches, art galleries, and much more. No matter how many times you’ve visited the city, it is always thrilling to check out the area’s hotspots. Popular San Francisco attractions include The Painted Ladies (the city’s historical row of Victorian homes along Steiner Street and Hayes Street), Madame Tussauds San Francisco, the Children’s Creativity Museum, and the San Francisco Cable Car Museum.

Individuals looking to spend their time outdoors will have no trouble finding places to soak in the lovely Northern California weather. Top outdoor spaces include Presidio of San Francisco (which features a golf course, the Yoda Fountain, and stunning views of the Golden Gate Bridge), Golden Gate Park, and Ocean Beach.

Families are especially fond of San Francisco for its exceptional schools. Across grade levels, it is easy to find public schools that have perfect or near-perfect ratings on GreatSchools.org.

Known as a diverse and welcoming city, it is easy to find a place that suits your personality and lifestyle thanks to San Francisco’s many unique neighborhoods. Cow Hollow, Chinatown, Mission District, Noe Valley, Inner and Outer Sunset, The Castro, and the Theater District are just a few of the best neighborhoods found within the city. Each community has its own perks and benefits, as well as its own personality.

Hands down, when comparing the pros and cons of San Francisco, the biggest drawback is the cost of living. In specific, housing prices for both renters and buyers are some of the highest in the nation.

According to RentCafe.com, the average cost for a 740 square foot apartment in San Francisco is $3,397 per month. Thinking about buying a home? San Francisco’s median home price is $1.46 million. Gasoline is also significantly more expensive in San Francisco when compared to the rest of the nation. 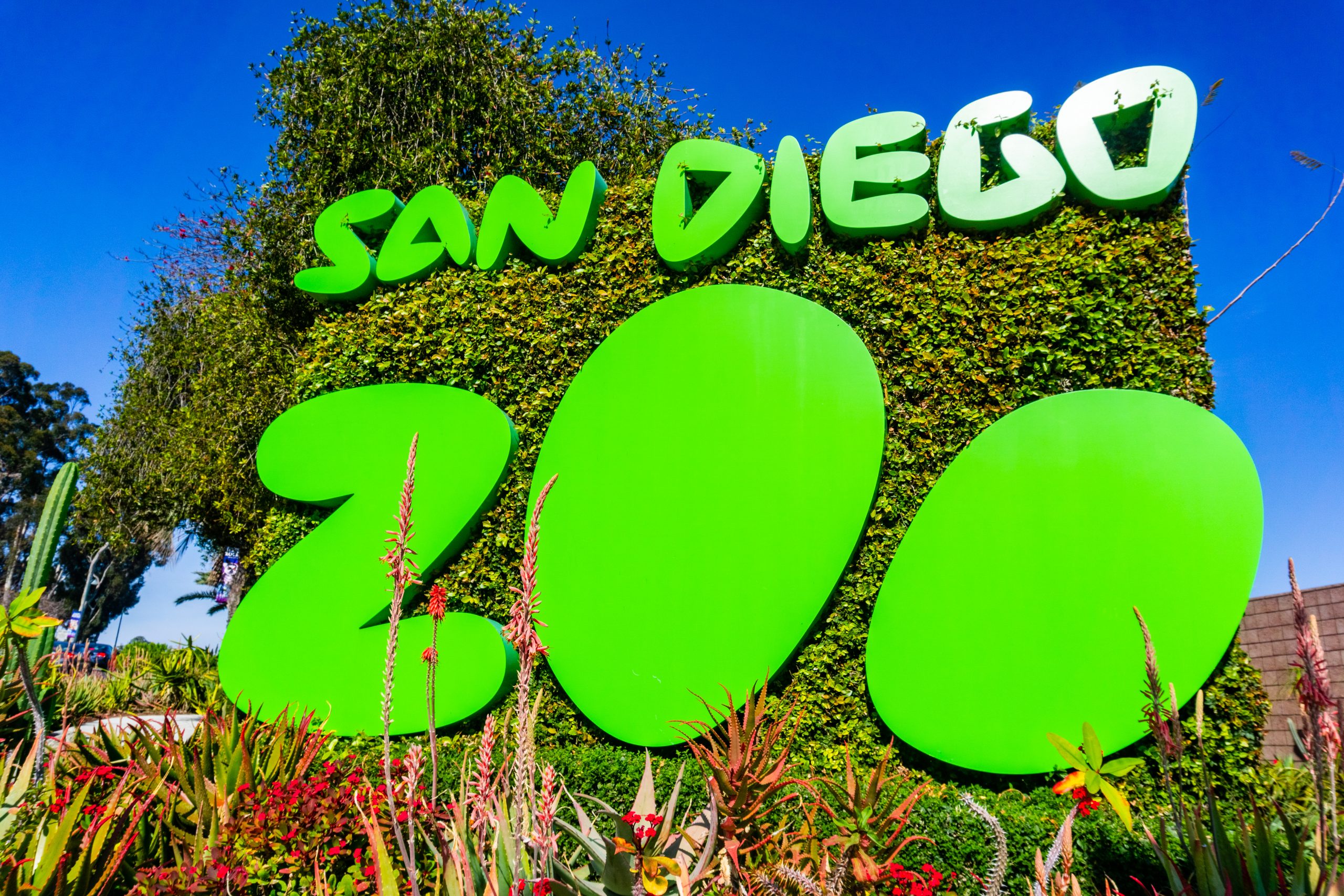 Sunny and beautiful, San Diego is a coastal oasis. Filled with ample spaces to get outdoors, and boasting mild year-round temperatures, this city is a nature enthusiast’s paradise.

If you are touring San Diego for the first time, there are select attractions that are must-sees. First and foremost, all new residents should plan a visit to the San Diego Zoo. Located inside of Balboa Park, the zoo features a variety of fun exhibits and attractions.

Around the city, other wonderful places to visit include SeaWorld San Diego, LEGOLAND California, the Fleet Science Center, The New Children’s Museum, and the San Diego Air & Space Museum.

Much like San Francisco, San Diego also has an exceptional public school system. Most of the area’s schools have perfect or near-perfect ratings on GreatSchools.org. Overall, San Diego is an incredibly family-friendly city, offering a multitude of benefits for parents and children.

Want to head outdoors? Thanks to its unique location, San Diego boasts an array of relaxing places to get out in nature. The best choices include Sunset Cliffs Natural Park, La Jolla Cove, Mission Trails Regional Park, Tourmaline Surf Park, and the Tecolote Canyon Natural Park and Nature Center.

Dense traffic and the high cost of living are two of the main downsides to living in San Diego.

The Cost of Living in San Francisco vs San Diego

When looking at the local economy, there are opportunities and obstacles in both San Francisco and San Diego. While the per capita income in San Francisco is significantly higher, the cost of living is also much higher. Unemployment is slightly higher in San Diego vs San Francisco.

When exploring the ins and outs of living in San Francisco as opposed to San Diego, sports fans will likely consider San Diego to be inferior to San Francisco. San Francisco is home to many more professional sports teams than San Diego.

How far is San Francisco from San Diego? The total distance is 501 miles. In average traffic, the drive time is approximately eight and a half hours.

San Francisco vs. San Diego: Where Are You Moving?

Once you’ve compared San Francisco vs. San Diego, and have decided where you’ll be moving, we’re here to help make your journey smooth and seamless. Offering a wide array of relocation services, including local moving, intrastate moving, storage, senior moving, and more, we can handle everything for you from start to finish. Additionally, as an agent for Bekins, we have access to some of the best trucks and resources in the industry. Contact us today at 650-000-0000 to learn more.