Located in California’s Santa Clara County, Los Gatos (meaning “The Cats” in Spanish) is an affluent enclave nestled on the southern border of San Jose. Los Gatos is best known as the most affluent suburb in or outside San Jose, with plenty of large homes and an accompanying array of wonderful shopping centers and attractions. This now extravagant community had humble beginnings, however. Initially built up around new constructions of flour and logging production facilities in the 1850s, the town was initially named for the Forbes Mill, but changed to its current name of “Los Gatos” after a Spanish land grant. Incorporated in 1887, the town was primarily a mix of working and upper class folks, up until the 1950s, when the post-war boom created the primarily affluent community Los Gatos is known as today. Los Gatos is home to a multitude of famous people, such as actor Aaron Eckhart and MLB player Kevin Youkilis. Los Gatos is also known for being a part of Silicon Valley with many notable high technology companies like Netflix that have headquarters there.

Los Gatos has a population of 30,729 distributed over 11.4 miles at a population density of about 2,600 people per square mile. The median age here is 47.2, which is substantially older than the California average of 36.5, not out of the ordinary for richer communities. The median household income in Los Gatos is $155,863 , which is more than double the average household income for the state of California, being $75,235.

Thinking about moving to this community, but wondering if Los Gatos is a safe place to live? Let’s just say that you wouldn’t be paying a million a pop for a house if Los Gatos wasn’t a safe and secure community! Los Gatos’ excellent rating of A+ on Areavibes speaks to its safety, with the crime rate here being 44% lower than the national average. The violent crime rate here is a whopping 88% lower than the national average, while the property crime rate is 36% lower. Los Gatos is a very safe place to live!

It should be of little surprise to anyone that Los Gatos is a pricey place to live, even more so than most places in California, with the cost of living here being 138% higher than most places in the United States, according to Payscale. Los Gatos is very wealthy and homes in Los Gatos will cost you around $1,881,346, which is more than double the average California home price of $505,000. If you choose to move to Los Gatos, you’ll find that you’ll be paying more for things like groceries, transportation, and utilities, as is simply a consequence of living in California, but housing will almost certainly be the biggest weight on your wallet. Renting is, unsurprisingly, very expensive within Los Gatos, with an average of $2,733 for all units.

There’s no doubt that Los Gatos is quite the pricey place to live, but with a community like this, no amount of money is too much!

If you’re on the lookout for communities with distinctive and cultured neighborhoods, you’re in luck! Los Gatos has plenty of different neighborhoods, all with their unique feels and people, perfect for those looking to tailor their local community to their needs.

No matter where you go in Los Gatos, everywhere will be just as luxurious and wonderful as any other. However, some highlights include neighborhoods like Almond Grove, showcasing many historic homes built during Los Gatos’ initial period of development in the late 19th century. Alternatively, if you’re looking for something a little more modern and close to the action of Downtown, Creffield Heights may be more your speed, right in easy walking distance of the city center.

If you want to make yourself a part of any of these communities, you should check out the latest listings for homes for sale in Los Gatos, CA.

If you want to know where things are, check out this map of Los Gatos.

Coastal California doesn’t have those premium rates on just about everything for nothing — you get to experience California’s lovely mediterranean weather while living in Los Gatos! You can expect lows of 39 degrees Fahrenheit during the winter months, and highs of 85 degrees Fahrenheit during the summer months. Los Gatos experiences less than the average amount of rainfall when compared with the rest of the United States, with 31 inches per year as compared to 38 inches. Meanwhile, Los Gatos by and large does not experience snow. The best times to visit Los Gatos, in terms of comfort rating, are August and July.

Things to Do in Los Gatos, CA

Los Gatos is home to just as many great things to do as you’d expect out of such an affluent community! Whether it’s shopping or fun attractions for the whole family, Los Gatos has got you covered! Check out shopping centers nearby like the King’s Court for all your shopping needs! You should also check out some of the best things to do in Los Gatos, CA below:

Perhaps one of the most beautiful places in Los Gatos (even featured in our cover photo!), this park on Vasona Lake offers opportunities for fishing, picnicking, and even tooling around in manually-powered watercraft! It’s no mystery why many Los Gatos residents choose to spend their lazy days here.

A breathtakingly beautiful natural preserve that you may not expect to see so close to San Jose, Castle Rock State Park provides over 32 miles of trails, walkable or navigable by horses, to hike and explore! If you’re looking for an outdoor adventure in Los Gatos, look no further!

Alongside its host of things to do, Los Gatos is also home to plenty of great eats! Check out some below:

A Los Gatos native favorite, and for good reason, because this cafe’s breakfast fare is unmatched! Drawing many for their excellent cinnamon rolls and other morning dishes, Los Gatos Cafe is perfect for an early meal!

Los Gatos is served by the Los Gatos Union Elementary School District and Los Gatos-Saratoga Joint Union High School District, the former of which has 80% of their schools rated “Above Average”, while the latter has 100% of their schools rated “Above Average”. The public schools in Los Gatos are every bit as high quality as the town itself! Some highlights in terms of local schools include the Blossom Hill Elementary School, C.T. English Middle School, and Los Gatos High School. You can rest easy knowing your child will be in good hands during your stay in Los Gatos!

Those planning on making a living in Los Gatos should know that wages have been going down and cost of living have been going up, according to Payscale. The most popular positions of employment are Senior Software Engineer, Software Engineer, and Office Manager. The largest employers in the Los Gatos area are Netflix, Inc., Roku, and Cryptic Studios. The average salary for a worker in Los Gatos is $94k a year, while the average hourly wage is $23.83.

Los Gatos is bustling with opportunities for gainful employment! Check out the latest listings for jobs in Los Gatos, CA here.

Ready to take that last step and start your journey to making Los Gatos your new home? Give AMS Relocation a call! Our crew of highly-trained professional Los Gatos movers will ensure your move is a stress-free process at affordable rates! Call now or fill out our online form for a free quote! 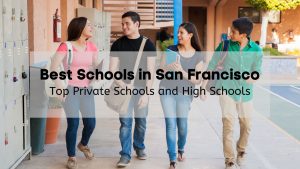 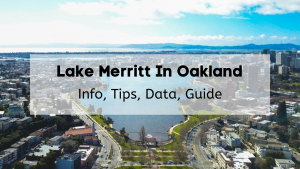 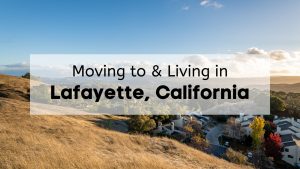