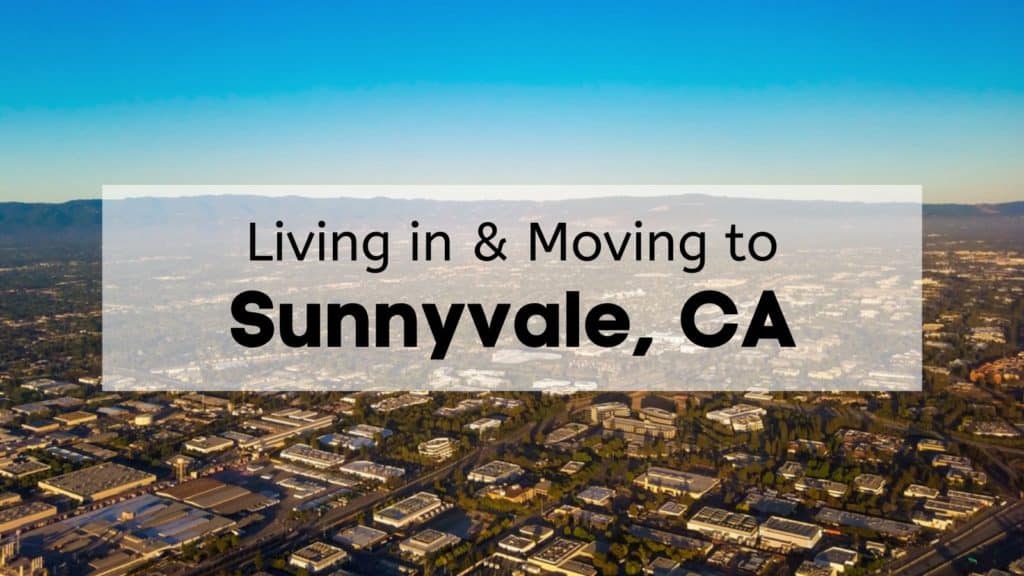 The area now known as Sunnyvale was originally part of San Jose until it was given to Francisco Estrada in 1843. At that point, it was called Rancho Pastoria de las Borregas until the area was renamed Sunnyvale in March 1901. It was officially incorporated as a city on December 24, 1912.

Sunnyvale is known for being part of the Silicon Valley tech area and as the birthplace of the video game industry as it was once the headquarters of Atari.

A few of the most notable people who have lived in Sunnyvale include Donald Duck’s voice actor Tony Anselmo, actress Teri Hatcher, Apple co-founder Steve Jobs, and YouTuber Mark Rober.

As you learn what you need to know before moving to Sunnyvale, you’ll find interesting facts about the city’s people, culture, local activities, and other key details.

How many people live in Sunnyvale? The city has grown significantly since the 1950s with more than 140,000 newcomers relocating to Sunnyvale from then until now. The current Sunnyvale population is 152,710 residents with a median age of 36 years old.

You’ll find Sunnyvale demographics are highly diverse as the city is made up of about 44% Asian, 31% Caucasian, 18% Hispanic or Latino, and 1% Black or African American. The local ancestry is also unique with about 19% Indian, 13% Mexican, 13% Chinese, 11% Central American, 9% Filipino, 8% Salvadoran, 6% German, and 5% Japanese. There is a nearly perfect 50-50 split when it comes to the local gender ratio of male and female.

According to US census data, about 57% of people residing in Sunnyvale are married and there are about 2.7 persons per household.

There is an elevation of 125 feet above sea level in Sunnyvale. 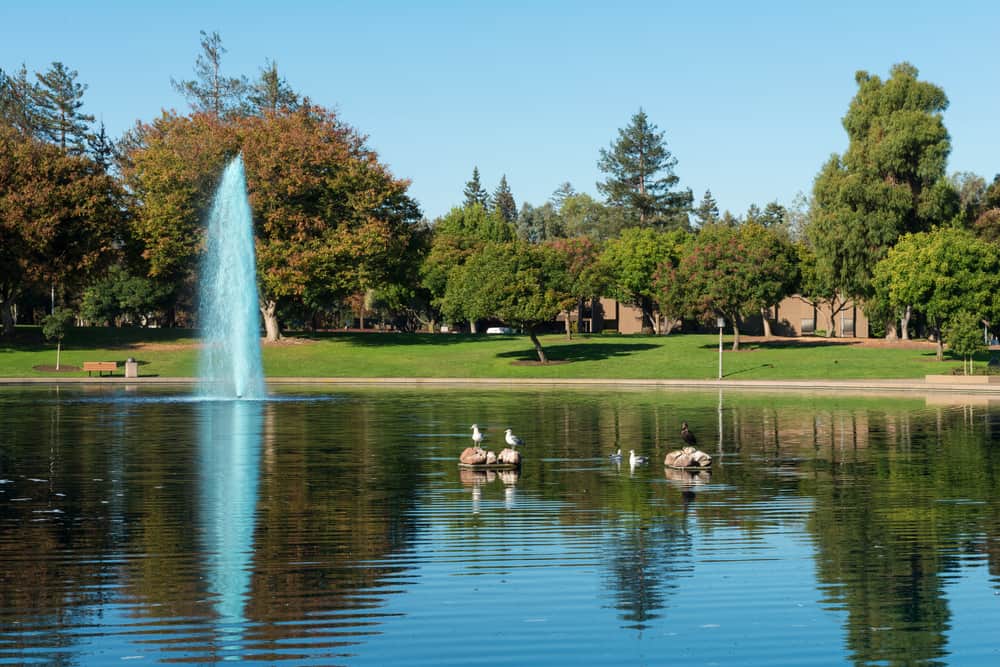 The local Sunnyvale Parks and Recreation department manages and operates over 772 acres of parks and open spaces that are located around the community.

Where should you live in Sunnyvale? As a safe and comfortable place to live, the best Sunnyvale neighborhoods include:

The community of Ponderosa is the largest neighborhood in Sunnyvale and offers many benefits that come with living there.

Lakewood is a family-oriented community in Sunnyvale with top-rated schools, making it a great neighborhood to raise your children.

Garden Gate is the most affluent neighborhood in Sunnyvale with a median household income of $191,034 per year.

The area of Serra offers easy access for commuters who work at local tech companies.

De Anza is a top-rated neighborhood in Sunnyvale with some of the most expensive homes in Sunnyvale.

3. Cost of Living in Sunnyvale, CA

The average cost of living in Sunnyvale is 200% higher than the national average and about 150% higher than the California state average. Sunnyvale is an expensive place to live. While local utilities tend to cost a bit less, other expenses like groceries, healthcare, transportation, and the Sunnyvale real estate market are higher.

The average monthly utility bill in Sunnyvale is $117.83 per month

There is a state income tax rate in Sunnyvale of 9.3%.

How much does it cost to live in Sunnyvale, CA? Statistics from Numbeo show many of the standard expenses people can expect after relocating to Sunnyvale.

The Sunnyvale Department of Public Safety serves as the local police department. The department has about 217 active-duty police officers serving and protecting people living in the city. Sunnyvale is a safe place to live.

If you’re looking for additional information on local crime statistics, you can keep up with this helpful Sunnyvale crime map.

There is a Mediterranean climate in Sunnyvale, which offers a highly desirable setting that is comfortable and pleasant for most of the year.

When is the best time to visit Sunnyvale? When you consider local Sunnyvale weather, the most popular time of year to head to Sunnyvale is in August, September, and October.

6. Things to Do in Sunnyvale

Newcomers moving to Sunnyvale will love seeing all of the amazing attractions, popular places to visit, and other things to do around the city.

7. Places to Eat in Sunnyvale

Anyone relocating to Sunnyvale will want to know where they can find the best restaurants around the community.

One of Sunnyvale’s top places to eat is Dishdash Middle Eastern Cuisine, a unique and bustling restaurant with beautiful arts across the walls. They offer tasty Middle Eastern dishes including mansaf, tabsi, zahra, mashwi, tika kebabs, and many others.

On the list of top-rated Sunnyvale restaurants is Falafel STOP, a walkup kiosk that offers places to eat outside. Their menu features salads, pitas, hummus, and falafels.

As one of the best restaurants in Sunnyvale, Dish n Dash offers a fast-food menu with healthy ingredients for a combination of convenience and comfort.

The real estate market in Sunnyvale is considered very competitive with homes only being listed for an average of 9 days before selling.

The homeownership rate in Sunnyvale is 45.4%, with less than half of the people living there purchasing their houses and condos. Sunnyvale, CA homes for sale are part of an expensive community with many locations in the multi-million dollar range. The average price of a home in Sunnyvale is $1.45 million with a median sale price of $990 per square foot.

About 55% of people living in Sunnyvale rent their living spaces. The average price of rent in Sunnyvale is $2,635 per month, which is an 8% decrease in the last 12 months.

There are more than 35,123 children between the ages of 0 and 18 years old living in Sunnyvale, adding up to about 23% of the population. Thanks to its safe neighborhoods and reputable schools system, Sunnyvale is an excellent place for families to live.

The closest colleges and universities to Sunnyvale include the University of Silicon Valley, Santa Clara University, and Foothill College.

People residing in Sunnyvale get access to the free Sunnyvale Public Library.

The average salary in Sunnyvale is $118,000 per year with an average hourly rate of $27.02 per hour. Sunnyvale’s unemployment rate is currently about 4.8%.

During the 2010s, there have been many new Sunnyvale jobs as the area has become an integral part of Silicon Valley. Companies like LinkedIn have now made their headquarters in Sunnyvale opening up many opportunities for people living in the area. 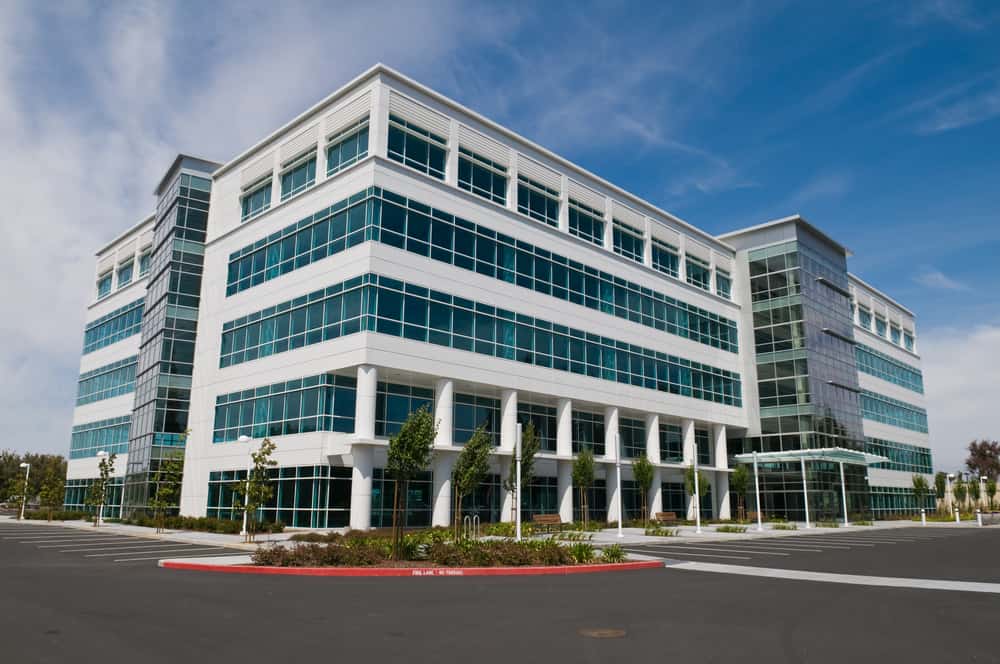 Some of the best places to work in Sunnyvale are:

Many residents in the area choose to commute from Sunnyvale to San Francisco about 48 miles away, a trip that takes 1 hour in both directions.

If you are searching for jobs in Sunnyvale, you can always check out available careers on Indeed.

Wondering how to get around Sunnyvale? Residents living in Sunnyvale have access to the Valley Transportation Authority (VTA) transit system, though it is rarely used since most locals have their own vehicles.

The main options for Sunnyvale transportation are bus 22 on El Camino Real and bus 522, which follows a similar route but with fewer stops. Rideshare services like Uber and Lyft are also available.

Though Sunnyvale doesn’t host any of its own professional sports stadiums, people living there have plenty of teams nearby that they can cheer on.

It’s easy to see the many reasons to move to Sunnyvale when you consider all the advantages it offers local residents. If you need reliable Sunnyvale movers to assist with your relocation to the area, count on AMS Relocation to handle the task! Get in touch with our team today by calling (650) 000-0000 or fill out the Request a Quote form on this page for a free moving estimate!