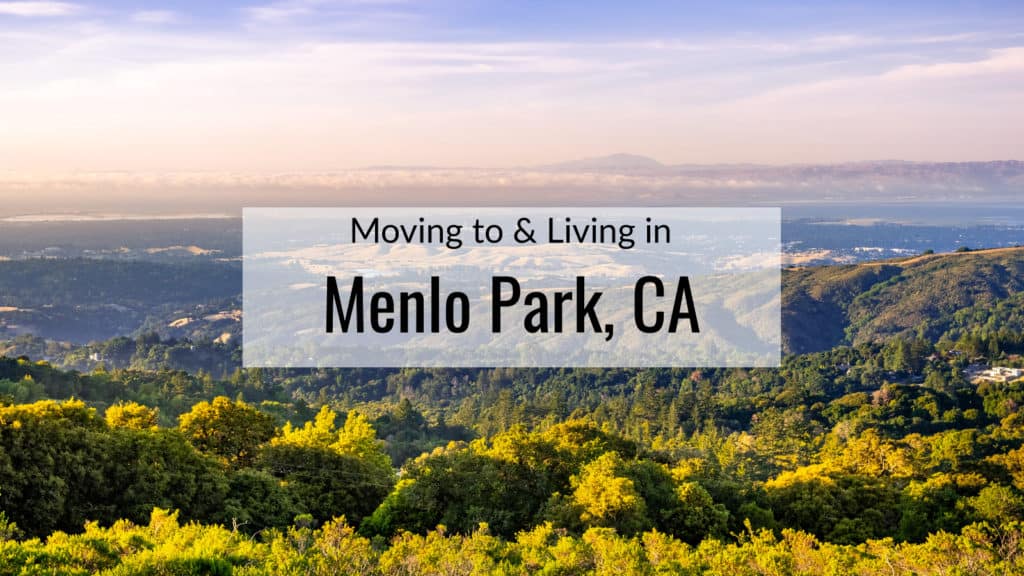 Living in Menlo Park👍 | Is Moving to Menlo Park CA Right for You?

Menlo Park is an affluent city within the  San Francisco Bay Area in San Mateo County, California. Home to the corporate headquarters of Facebook, Menlo Park’s other claims to fame include being the city where both Google and Round Table Pizza were founded. Needless to say, lots of the most important people in the tech industry live in and around Menlo Park. Menlo Park started its life as a ranch called Rancho de las Pulgas. With the introduction of a new railroad, Menlo Park quickly exploded in population, eventually acquiring the name we all know by today, and becoming part of the wider San Francisco Bay urban area. Nowadays, Menlo Park is the place to be if you want to meet the movers and shakers of America’s tech industry.

Menlo Park is a relatively small city with a population of 33,869 distributed out over the city’s 10 miles at a rate of about 3,300 people per square mile, certainly not as dense as San Francisco itself. The median age here is 37.7, which is slightly older than the California average of 36.3, but still fairly young. The median household income in Menlo Park is $147,824.

Menlo Park is a fairly diverse city ethnically, with 60% of the population being Caucasian, and significant Asian and Hispanic communities, being 13% and 16% of Menlo Park’s population respectively.

As you might expect of a city that is both the beating heart of the tech industry and also is located in California, Menlo Park is hardly a cheap place to live, with the average cost of living here being 119% more expensive than the US national average, more than double! Keeping in line with that cost of living, housing here costs almost four times the national average, with the average home price here being $2,000,001. You can also expect to pay far more than the national average for most other purchases you’ll be making here, including utilities, groceries, and transportation. Renting here is also pricey, with the average apartment rent being $3,509 for all sizes.

There’s no doubt that Menlo Park is amongst the most expensive places to live in the United States, but there’s nowhere better to be if you want to be in with the latest and greatest tech innovations America has to offer!

Interested in pursuing higher education while living in Menlo Park? While you’re part of the Menlo Park community, you’ll have a variety of excellent colleges within ten miles of you. For instance, the prestigious Stanford University, which is rated as the #2 college in America by CollegeSimply, is right on your doorstep. If you’re looking to get your foot in the door via community college, the excellent Canada College is also nearby.

Menlo Park, like most of California, is a mediterrenean climate, which means you’ll never have to deal with snow. You can expect lows of 41 degrees Fahrenheit during the winter months, and highs of 80 degrees Fahrenheit during the summer months. Menlo Park experiences less rainfall when compared with the rest of the United States, with 17 inches per year as compared to the national average of 38.1 inches. Meanwhile, Menlo Park experiences essentially no snow, with 0 inches as compared to 28. The best times to visit Menlo Park in terms of comfort are July and August.

Menlo Park features a multitude of different neighborhoods with separate benefits and utilities! No matter what neighborhood you end up choosing, all of them will have Menlo Park’s signature class and style!

While there are numerous communities of all kinds here, there are ten that are considered the main neighborhoods in Menlo Park. The most expensive of them is Santa Cruz Avenue, which is located right in the center of the city. Hermosa Way takes second place in terms of cost, being right next to Stanford. Belle Haven takes the spot of the most affordable neighborhood in the city, while also being the city’s largest.

If any of these communities sound enticing to you, you should check out the latest listings for homes for sale in Menlo Park, CA.

Those planning on making a living in Menlo Park should know that wages have been decreasing by very small margins, but most looking for work here will likely be working for the tech industry in some capacity. The most popular employers in this community are Facebook, SRI International, and Stanford University, and the most popular positions of employment are Software Engineer, Data Scientist, and Executive Assistant. The average salary for a worker in Menlo Park is $107k a year, while the average hourly wage is $27.31, according to Payscale.

If you’re thinking of moving to Menlo Park, you probably already know about the fact that tech is king here. Make sure to utilize the tech industry to succeed.

Things to Do in Menlo Park, CA

Being the beating heart of the tech industry means not only a plethora of business opportunities but excellent shopping opportunities and attractions as well! With excellent, luxury shopping centers like the Stanford Shopping Center and the Ravenswood Shopping Center, you can shop like Mark Zuckerberg while living in Menlo Park! You should also check out some of the best things to do in Menlo Park, CA below:

Containing a forest of oaks, playgrounds, and a baseball field, Flood Park is the perfect Menlo Park outdoor area for all kinds of family activities! Whether it’s a picnic with friends or time with your family, this lovely park is sure to enhance your experience!

An expansive bayfront park with plenty of room for kite-flying and drone-flying, as well as extensive hiking trails, you won’t be disappointed in the varied options for outdoors experiences in Menlo Park! See the beauty of Bedwell Bayfront for yourself!

Alongside its host of wonderful attractions, Menlo Park is also home to some of America’s finest diners and restaurants, fit to please a president! Check out some below:

A gastropub with legendary pastrami sandwiches, the Refuge is a must-visit while you’re in Menlo Park! Not only do they have great sandwiches, they also have fantastic Belgian brews and other meaty dishes as well!

This European-style cafe serves deluxe dishes with organically-sourced ingredients from all over the world. If you’re looking for a premium cafe experience in Menlo Park, look no further!

Ready to start your journey to Menlo Park? Give AMS Bekins a shot! Our crew will ensure your move is done carefully, professionally, quickly, and affordably! Call now or fill out our online form for a free quote!