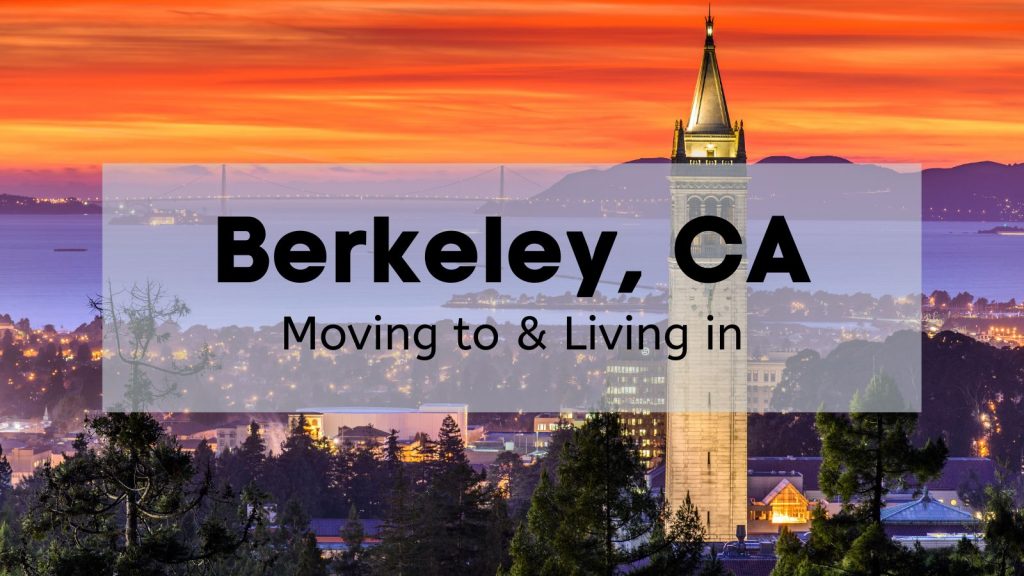 Berkeley is a sister city to San Francisco, located just across the bay from the bigger city in the northern portion of Alameda County. Berkeley is known as a very politically progressive place, and is home to the prestigious University of California, Berkeley. The area of Berkeley was settled by Europeans just around the time of American independence, but by the Spanish, rather than the English. These areas became ranchos, which then became property of Mexico in the 19th century, and were quickly wrested away from Mexico by incoming American settlers. The city today, named for George Berkeley, was built around the private College of California, which platted out the beginnings of an urban center in 1866. Like many cities, it experienced rapid growth after World War II, and became the center of progressive politics and protest in the ‘60s, a reputation it maintains to this day, as evidenced by Berkeley’s nickname of “People’s Republic of Berkeley”. Living in Berkeley is one of the most unique urban living situations one can be in in the United States, and is truly worth it!

Where is Berkeley, CA? | Location & Getting Around Berkeley

Berkeley is in Alameda County, across the bay from San Francisco (connected through Oakland by the Bay Bridge), and is part of the San Francisco-Oakland-Berkeley, CA Metro Area. Berkeley borders Oakland to the south, and Albany and Richmond to the north. The distance from Berkeley, CA to San Francisco, CA is 14 miles.

Is Berkeley, CA safe? Looking at the statistics, you might be discouraged at first – but don’t be! While it’s true that Berkeley’s overall crime rate is 126% higher than national average, and double the California average, with 5,598 crimes annually per 100,000 people, these crimes are almost all property crimes. Violent crime rates are significantly lower, and the murder rate in Berkeley is a straight zero! Therefore, Berkeley is a safe community, so long as you practice proper caution with your property and choose carefully which part of the city to live in. One might want to keep in mind that Berkeley suffers from the same homeless problem most of the San Francisco area does. The city of Berkeley is served by the Berkeley Police Department, which has over 200 officers on its staff list.

Cost of Living in Berkeley, CA

Berkeley, just like the entire Bay Area, is very expensive, but that price comes with all sorts of benefits, as we’re sure you already know! The cost of living index for Berkeley is 53% higher than the national average. The median home price in Berkeley is $1,059,500, which is approximately double the average California home price of $538,500. According to RentCafe, the average rent in Berkeley is $3,164 per month.

According to the Economic Policy Institute, a family of four will need a yearly income of $123,239 to live here.

If you want to make yourself a part of this community, you should check out the latest listings for homes for sale in Berkeley, CA.

Need to know what you’ll be paying for everyday goods, like groceries or utility bills, in Berkeley? Check out these everyday expenses for Berkeley, provided by Numbeo.

As one might expect of a community with so much history and class, Berkeley has plenty of excellent neighborhoods. Take a look at some of the best neighborhoods in Berkeley, California below:

Downtown Berkeley is where the business happens. Located just west of UC Berkeley, this area hosts the vast majority of Berkeley’s businesses, as well as the busiest BART station and the local civic center.

Another area known for its high density of businesses, this one is known for restaurants rather than finances. Many of Berkeley’s best restaurants are located in this area, and quite a few apartment complexes to boot.

Cragmont – Neighborhood with a view

Situated on the hills above Berkeley, Cragmont is best known as having high value property, with excellent views of the surrounding city and countryside, winding staircases, and public land aplenty.

Like Cragmont, Berkeley Hills is set on the hills above Berkeley (as one might have guessed!). Some of the best views and most high-value property is in this area, as well as a large amount of beautiful northern California forest and countryside. There’s little in the way of business here, but the residential experience is unparalleled!

According to the Koppen Climate Classification, Berkeley is a dry-summer subtropical, or Mediterranean, climate. California in general is lauded for its fantastic weather, and Berkeley is no different! You can expect lows of 44 degrees Fahrenheit during the winter months, and highs of 72 degrees Fahrenheit during the summer months. Berkeley gets significantly less than the average amount of rainfall when compared with the rest of the United States, with 26 inches per year as compared to 38. Berkeley does not generally experience snow. The best times to visit Berkeley, in terms of comfort rating, are August and September.
Like much of California, particularly northern California, Berkeley is a city prone to earthquakes, being traversed by the Hayward Fault Zone.

Things to Do in Berkeley, CA

Want to spend a relaxing day outdoors? The UC Berkeley Botanical Gardens is your spot! This 32 acre complex hosts all sorts of plants, trails, and spaces to spend time with your family, or relax by your lonesome.

Set in the lovely hills above Berkeley, this 2,000+ acre public park has just about anything you could imagine, from lakes, gardens, play equipment, hiking trails, picnicking spots, and more!

Berkeley is mostly well known for its outdoor attractions – could you tell? This park is another excellent addition to the repertoire, with thousands of rose bushes and fantastic views of the Bay and Golden Gate bridges!

Berkeley is served by the City of Berkeley parks & recreation department. See all the events that are planned in Berkeley with the Berkeley community calendar.

Berkeley’s beaches are legendary, and many surfers and divers choose to go there on regular outings.

Places to Eat in Berkeley, CA

Alongside its host of things to do, Berkeley is also home to plenty of great eats! Check out some of the best restaurants in Berkeley, California below:

Skates on the Bay

A casual but nonetheless beautiful restaurant, located just by the Shorebird Park and with excellent views of the bay, serves steak, seafood, sushi, and more! Don’t miss this Berkeley classic!

In the West, but miss the tastes of the South? Angeline’s Louisiana Kitchen has you covered! With excellent eats from the New Orleans area, there’s a reason Berkeley residents love this joint!

This world-famous and fancy restaurant with a warm atmosphere specializes in farm-to-plate dishes, taking ingredients from the farms around Berkeley and letting the excellent professional cooks have their way with them! Visit this restaurant for a lovely and classy night out.

In terms of elementary, middle, and high school education, Berkeley is served by the Berkeley Unified School District, which has 60% of its schools rated “Above Average” by GreatSchools. Notable schools in this excellent district include the Ruth Acty Elementary School, Willard Middle School, and Berkeley’s sole high school, Berkeley High.

Students and others in Berkeley are served by the Berkeley Public Library.

There’s little doubt that UC Berkeley is the most famous educational institution of the Berkeley community. It is the oldest campus in the University of California System, and was established in the area only two years after Berkeley itself was first platted out. UC Berkeley is often considered to be one of the world’s top universities, such as in this list by US News – and that’s for good reason! Many who graduate from the university go on to become some of the most important individuals in the world of business and politics.

The term dates for UC Berkeley are August 17th for the Fall semester and January 10th for the Spring semester.

Berkeley is a city with plenty of economic opportunities, not only in the city, but nearby as well! According to Payscale, the most popular positions of employment are Software Engineer, Research Scientist, and Research Associate. The most popular employers in Berkeley are the University of California, Berkeley, Yai/Nipd, and Bayer Corporation. The average salary for a worker in Berkeley is $81k a year, while the average hourly wage is $24.35.

Science is also an important industry in Berkeley, with labs like the Lawrence Berkeley National Laboratory.

See the latest openings for jobs in Berkeley here.

Explore Berkeley’s large variety of things to do, places to eat, and more with this map!

Planning on moving to Berkeley, California? Don’t wait a moment longer, give AMS Relocation a call at 650-000-0000! Our Berkeley movers have got everything they need to make your move quick, affordable, and headache-less! Call now or fill out our online form for a free quote!

The beautiful city of Hayward, located in Alameda County, has a booming population of over 162,000 as of the 2020 census.  Located just between San 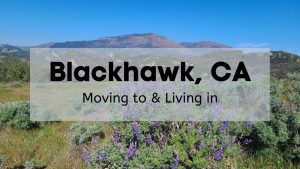 Blackhawk is a very affluent unincorporated planned community, north of San Ramon and some distance east of Oakland and San Francisco. Known for its wealth, 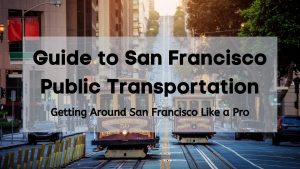 San Francisco is a commercial and cultural center in the northern region of the state of California. The city has various public transportation available for 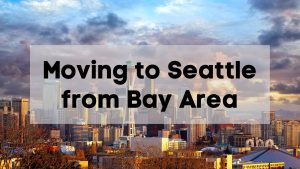 The Bay Area is a great place to live, but there’s no getting around the high cost of living. With more workers able to work