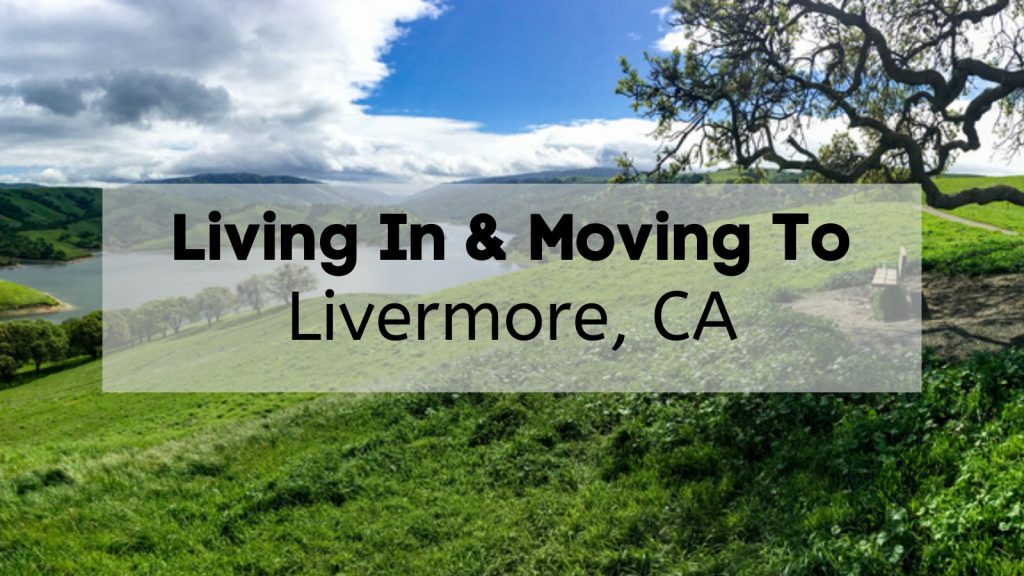 If you are planning on moving to Livermore, you’ll find beautiful farmlands, ranches, and over 50 wineries. Livermore is known for being California’s oldest wine region, home to award-winning wineries, including the Wente Vineyards, Concannon Vineyard, Cresta Blanca Winery, and many others With numerous delicious restaurants and high-quality schools, Livermore is a good place to live.

Livermore is also a hub for science, technology, research, and innovation. The Lawrence Livermore National Laboratory was the co-discoverer of several new superheavy elements. The lab is also the location of the world’s highest-energy laser.

Livermore is home to the longest-burning incandescent light bulb in the world. The light bulb was installed at a local firehouse in 1901, and it’s still burning today.

Situated in the Tri-Valley region east of the San Francisco Bay Area, Livermore was founded in 1869 as a railroad town, named after Robert Livermore, a local rancher who settled in the area in the 1840s. The town became a stopping point for thousands of prospectors after the Gold Rush began in 1848, who were on their way from San Francisco to the Sacramento area gold country. Livermore was incorporated as a city in 1876.

Livermore is in Alameda County, about 34 miles east of Oakland and 46 miles east of San Francisco. It is the easternmost city in the San Francisco Bay area. The city sits in the Livermore Valley, which is part of the Tri-Valley area that includes Amador Valley and San Ramon Valley. Nearby cities in the Tri-Valley are Dublin, Pleasanton, and San Ramon. The Livermore Basin is one of five aquifers in the San Francisco Bay Area that supplies water to the metropolitan Bay Area population.

Those living in Livermore includes many famous people, including Max Baer, a heavyweight champion boxer in the 1930s, and Randy Johnson, a professional baseball pitcher in Major League Baseball for 22 years. Randy was elected to the Baseball Hall of Fame in 2015.

The Altamont Corridor Express (ACE) commuter rail service runs from Stockton to San Jose during peak hours. The 86-mile route includes ten stops, one of which is in Livermore. Located near downtown, the Livermore station allows for easy access to bus connections.

The Bay Area Rapid Transit (BART) system, which serves the San Francisco area, is planning to expand from nearby Dublin to Livermore, providing an easy commute from Livermore to San Francisco.

Cost of Living in Livermore

According to the Economic Policy Institute, a family of four would need to earn $123,239 per year to afford to live in Alameda County.

The average rent in Livermore is $2,554 for a 779 sq. ft apartment, according to Rent Café. The most expensive neighborhoods include Vercanta Pleasanton, Sofi Fremont, and Creekside Village. Some of the most affordable apartments are at Gardens at Ironwood, Muirlands At Windemere, and Niles Station.

Livermore Neighborhoods | Where to Live in Livermore

Livermore has many desirable neighborhoods with excellent schools and top-notch public amenities, parks, and recreational activities. Here are some of the best neighborhoods in Livermore:

The average price of a home in Northside is $805,327. It’s very close to downtown for work and shopping, with options ranging from detached homes, duplexes, and apartments. It’s also close to the bus station with seven nearby bus stops. Coffee shops and restaurants are close by.

Ponderosa Legacy offers premium luxury homes in a beautiful, vineyard setting right in the heart of South Livermore’s wine country. The homes were built between 2002 and 2005 and feature 4 and 5 bedrooms between 3500 and 4500 sq ft, 3 and 4-car detached garages, and sit on 1/3 to 1/2 acre lots. Some of the lots back up to vineyards. The neighborhood features country vineyard homes, front porches, and lots of wood trim. The interiors have plenty of space, gourmet kitchens, wine cellars, and luxurious master suites. Property prices start at around $1.7 million.

The Köppen Climate Classification climate for Livermore is dry-summer subtropical or Mediterranean. The average temperature in Livermore is 59.3°F. July is typically the warmest month, with an average high of 87°F and a low of 58°F. The coolest month is January, where the average low is 40°F, and the high is 57°F. Livermore gets about 18 inches of rain a year. The US average is 38 inches. Livermore averages 0 inches of snow per year. The best time to visit Livermore is in June, May, or October.

Livermore is more than just a wine destination. Livermore offers fine dining, casual eateries, and everything in between. Here are some of the best places to eat in Livermore:

Strizzi’s Restaurant offers fresh fish entrees and fine Italian sauces and pasta, and this romantic restaurant is perfect for date night. Strizzi’s is a fine, traditional Italian restaurant that has won Diners’ Choice awards for all three of its locations – Livermore, Pleasanton, and Fremont.

Get a taste of contemporary Southwest cuisine at Posada Restaurant, featuring delicious food, a chef’s table, a full bar, and an impressive wine list. The restaurant won the Wine Spectator’s Award of Excellence in 2021 and 2022.

Monica’s is located in one of Livermore’s original wineries in Livermore. Monica’s Livermore brings you handcrafted breakfast and lunch American comfort food. They use natural, local, organic, and sustainable ingredients whenever possible. Monica’s is a farm-to-table restaurant that utilizes local growers, ranchers, brewers, and winemakers to create the best available ingredients.

Things to Do in Livermore

Centennial Light Bulb – this light bulb has been continually burning since it was originally installed in 1901. It’s located at the historic East Avenue fire station. See it before it finally goes out!

Livermore Rodeo – the oldest event in Livermore, the rodeo is held every year in June at the Robertson Park rodeo grounds.

The Course at Wente Vineyards – this 18-hole championship course is surrounded by woodlands, vineyards, and rolling hills. The course has been used as part of the PGA Tour.

Lizzie Fountain Park – located at the corner of First Street and South Livermore Avenue in downtown Livermore. In the summer, the park’s fountain features a popular splash pad outdoors.

Sycamore Grove Park – whether hiking, biking, walking, or jogging, you’ll have 847 acres of open space park to explore. The vast network of trails is suitable for casual visitors and experienced hikers.

Map Of Things To Do In Livermore

Here is how Livermore compares to other cities of similar size:

The Livermore Public Library has 4 locations plus a digital library with eBooks, eAudiobooks, streaming movies, educational resources, and digital magazines.

Are you moving to Livermore? Let AMS Relocation handle all your relocation needs. We will make sure that your move is smooth and stress-free. Call AMS Relocation at 650-000-0000 for a free custom quote today!