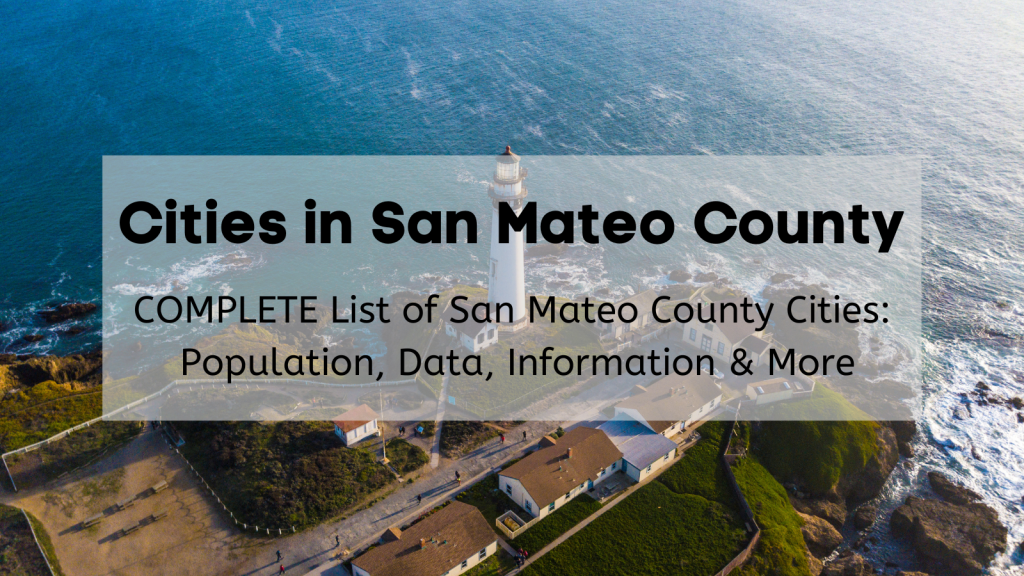 If you’re considering moving to San Mateo, CA, you’re probably already conducting your own research for the best places to call home. San Mateo County has a population of 737,888 people, and the population density is 1,644.8 people per square mile. The official motto for the county of San Mateo is “All Of California In One City.” This beautiful coastal California community is a great place to settle down and plant your roots.

To help you figure out which San Mateo city to move to, here is a complete list with a breakdown of everything you need to know about the top cities in San Mateo County before relocating.

​​San Mateo County, CA, was incorporated on April 19th, 1856, and was named after Saint Matthew. San Mateo is a calm and family-friendly urban-suburban community. This county is part of the San Francisco-Oakland-Berkeley metropolitan statistical area, the San Francisco Bay area, and Silicon Valley.

The climate in San Mateo County is long yet comfortable in the spring and summer months, and during the winter, they are short, wet, and cold. San Mateo has an average of 265 sunny days and an average of 17.9 inches of rain per year.

According to the United States Census Bureau report, here is a breakdown of the information of San Mateo: 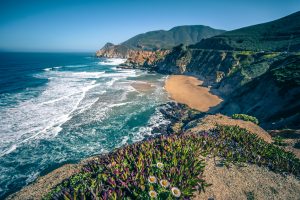 With a Mediterranean climate and rich history, San Mateo is a great place to call home. Some of the biggest industries within the city are health care, technology, and education. There are plenty of fun things to do, like: the Japanese Garden, Coyote Point Recreation Area, Laurelwood Park, Seal Point Park, and Parkside Aquatic Park.

If you’re considering moving to San Mateo, CA, know that it’s a great city that is beautiful and family-friendly. There are plenty of notable people from San Mateo, but some of the most famous include: Emma Chamberlain, Merv Griffin, and Michael Trucco. There are plenty of kid-friendly places to explore, making it a wonderful place for families.

Daly City | Known As The “Gateway To The Peninsula”

Daly City was incorporated on March 22nd, 1911, and named after John Donald Daly. This beautiful city is a very safe and low-crime city in San Mateo county, and it’s one of the best places to live. It’s known as the “gateway to the peninsula” and is the second-largest city in the county.

If you’re looking for fun and family-friendly activities, here are some of the most popular attractions: Mussel Rock Park, Mar Vista Stables, and Classic Bowling Center.

When it comes to restaurants, there is a wide variety of cuisines like the Original Joe’s Westlake, Burma Cafe, Boulevard Cafe, Banana Island, and Koi Palace.

If you’re looking for a welcoming, safe, and family place to settle down, then Daly City is the perfect community!

Redwood City is part of the San Francisco Peninsula, and it was originally incorporated in 1867 but was later re-incorporated in 1897. The city motto is the “Climate Best By Government Test.” Some popular activities include Pulgas Water Temple, Russian Ridge Open Space Preserve, Edgewood Park & Natural Preserve, Bair Island Wildlife Refuge & Trail, and La Petite Playhouse.

When it comes to places to eat, here are some of the best restaurants in Redwood City: Timber & Salt, Harry’s Hofbrau, Vesta, Milagros Latin Kitchen, and La Viga Seafood & Cocina Mexicana.

If you’re thinking about moving to Redwood City, CA, know that it’s an affordable and great
place to call home.

Redwood City is a safe, family-friendly, and affluent place to live.

South San Francisco is close enough to the center of the city of San Francisco, so if you’re commuting for work, then SSF is perfect for you. It’s a welcoming, diverse, and fun community that is an affluent place to live. There are so many fun activities and attractions to check out, and some of the most popular include Sign Hill Park, Orange Memorial Park, and K1 speed.

With a low crime rate, South San Francisco is a wonderful place for everyone, from families to retirees.

A post shared by City of South San Francisco (@cityofsouthsanfrancisco)

Pacifica (meaning peaceful) was incorporated in 1957 and is close to Half Moon Bay and San Francisco. As a small town, Pacifica is a charming, safe, family-friendly, and affordable place to live. It’s known for its breathtaking sandy beach views. The beautiful city of Pacifica has plenty of places to explore, like Pacifica State Beach, San Pedro Valley Park, Frontierland Park, Rockaway Beach, and Pacifica Esplanade Beach.

Pacifica is a great place to move to and live in.

Foster City was incorporated on April 27, 1971, and got named after T. Jack Foster–it’s considered one of the safest cities in San Mateo County. Foster City is known as the 63rd safest city in the United States.

The most popular things to do in Foster City include Sea Cloud Park, Leo J. Ryan Park, and Catamaran Park. And if you’re looking for a delicious restaurant in Foster City, check out these: MOD Pizza, Waterfront Pizza, Sweet Basil Thai Cuisine, and Gobi Mongolian Grill.

If you’re looking to move to Foster City, known for being a safe, family-friendly, and great place to settle down.

A post shared by City of Foster City (@cityoffc)

San Carlos has an official motto of “The City Of Good Living,” and was incorporated in 1925. If you’re looking for a safe and perfect place to purchase a home near the San Francisco Bay area, San Carlos is an ideal place to call home.

San Carlos is a suburban sanctuary that is a great place to move to for young adults, families, and retirees.

How Many Cities Are There In San Mateo County?

There are 20 cities in San Mateo County, CA.

What Is The Most Populous City In San Mateo County?

The city in San Mateo County, CA, with the most residents is San Mateo.

What Is The Wealthiest City In San Mateo County?

What City Is The Largest In Land Size?

The city with the largest land radius is Redwood City, with 19.3 square miles.

Which of the San Mateo County Cities Is Right For You?

Are you thinking about moving to San Mateo County, CA? AMS Relocations is an award-winning, trustworthy, hardworking, and reliable moving company in San Mateo County. Call us today at (650) 000-0000 to receive a free estimate.